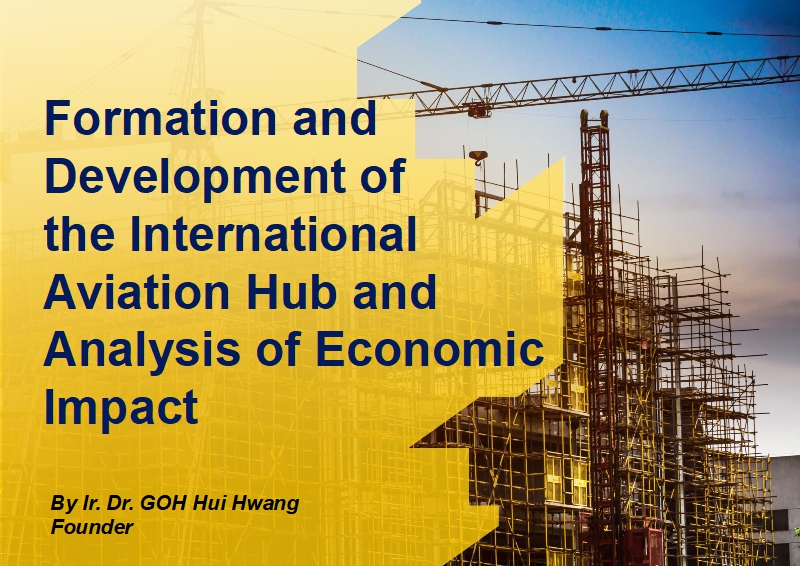 On the other hand, airports have also become the key to driving economic growth. From Guangzhou Baiyun Airport, which was at the forefront of reform and opening up, became the busiest airport in China. In recent years, inland cities such as Chongqing and Chengdu have seen the construction of “air corridors”. With the opportunity to open up new channels to the outside world, the role of airports in the economic development of one country and one place has become increasingly prominent in the context of globalization. International Civil Aviation Organisation (ICAO) has estimated that for every 1 million air passengers, it can create economic benefits of USD 130 million for the surrounding area, which can bring 1,000 direct jobs. For every 100,000 tons of air cargo, 800 jobs will be created directly.

In Beijing, the speed of airport expansion and new construction seems to never keep up with the speed of rising demand. This is the epitome of the embarrassment faced by many cities in China. Some people have described it as air transportation is like a child who grows very fast. Building a new airport is like making clothes for children, and they are small without much wear.

The recently opened Daxing International Airport has also become an important part of the free trade zone. It is reported that the commissioning ceremony of the Beijing Daxing International Airport was held in Beijing on September 25, 2019, which also marked the official operation of Daxing Airport routes. By then, the Daxing Airport area will take full advantage of the new airport value.

In fact, many airports in the world are not only airports, but also well-known free trade zones, such as the Dubai Airport Free Trade Zone (DAFZA). The establishment of the Daxing Airport area will help promote the development of the world-class urban agglomeration of Beijing, Tianjin, and Hebei, and will also explore a demonstration path for the coordinated development of other regions.

This kind of bidirectional connection between airport construction and economic development is not uncommon worldwide. For example, in 2013, European airports directly, indirectly or catalyzed the employment and income of 1.23 million people, creating a GDP of 675 billion Euros, which is 4.1% of EU GDP.

Zurich Airport is the largest airport in Zurich, Switzerland, and the main base of Swissair. It has attracted 280 companies to settle in, bringing direct economic benefits of up to 4 billion Swiss francs per year. If direct and indirect income is included, then Zurich Airport will contribute more than 13 billion Swiss francs to Switzerland’s GDP. The airport directly employs more than 25,500 people, which is approximately equal to the entire Swiss Railways. If the indirect relationship is counted, Zurich Airport can create 75,000 employment opportunities. Although only 3.7% of Swiss exports depart from Zurich Airport, these goods are worth 35% of all Swiss exports.

Another example is the Wisconsin State of the United States published in 2005 the General Mitchell International Airport’s economic impact analysis report. Its approach is very different from the Virginia Civil Aviation Department. It is also mainly divided into 4 factors:

4. Tax impact: The situation in which enterprises and individuals pay taxes to the federal and local governments.

It can be said that various methods adopted by various airports in calculating their own economic influence are also various. Generally, according to their own specific conditions and calculations (especially the difficulty of data collection) models, the final choice of economic influence is finally determined.

In the future, the Daxing Airport area will use its advantageous geographical location, integrated aviation transportation hub, and 100 million passengers per year to become an international airport city and a world-class urban hub center comparable to the international free trade zone. Relying on large international aviation hubs to build functional bearing areas of international exchange centers.