Is The Worst Head To The End For Malaysia Construction Sector? 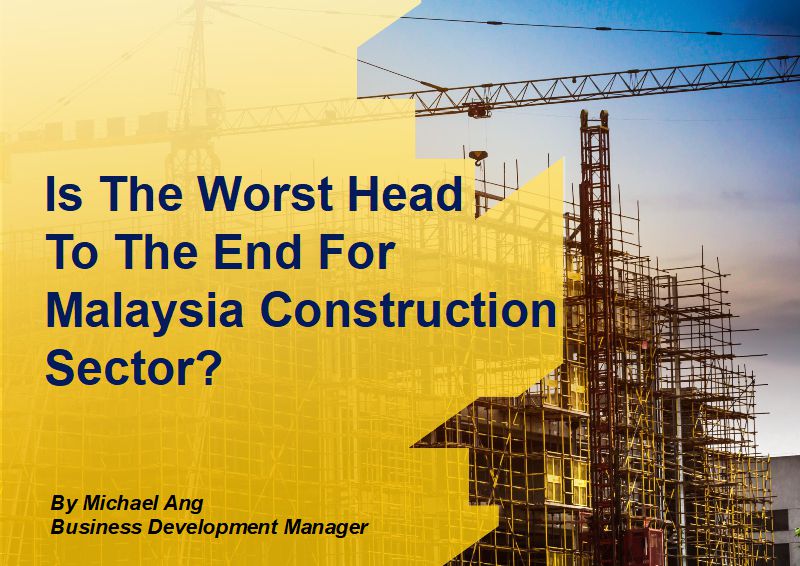 Is The Worst Head To The End For Malaysia Construction Sector?

Malaysia construction sector had dropped dramatically since third quarter of 2018, after the new Malaysia Government decided to put on hold a few of the mega infrastructure projects for reviewing, including East Coast Rail Link (ECRL), Kuala Lumpur-Singapore High Speed Rail (HSR), Mass Rapid Transit Line 3 (MRT3), and Light Rail Transit 3 (LRT3). The GDP growth rate due to construction had then been dropped from 4.6% (Q3 18) to 2.6% (Q4 18) (Department of Statistics Malaysia, 2019). However, the situation seems to have revived after a few important announcements made by the Government recently.

Besides the ECRL project, Malaysia Prime Minster Tun Dr. Mahathir Mohamad had also announced that the shelved Bandar Malaysia project would be revived. A framework agreement had been inked between Malaysia and China Government during the Tun Dr. Mahathir’s working visit to China recently (“Bandar Malaysia Back on Track”, 2019). The 196 hectare of development had estimated to bring Malaysia a Gross Development Value of RM 200 billion.

In addition to the revival of two mega infrastructure projects, the planned appointment of technical advisory consultant to review the technical aspects for HSR project had also sparked the hope of revival of the project. Government expected the later-appointed technical advisory consultant to review and validate the proposed infrastructure assets within Malaysia, and able to deliver cost reduction proposals for the project before the end of suspension period in May 2020 (Shankar, 2019).

World Bank opted that the revival of ECRL and Bandar Malaysia project will bring positive impact to Malaysia economy in the medium term (Bernama, 2019). Hong Leong Investment Bank Research also expected that the worst is over for Malaysia construction sector with the revival of the ECRL project (Ho, 2019). CIMB Research estimated the potential construction works value created from the revival of Bandar Malaysia would be between RM 5 billion and RM 6 billion. The local construction company, specialty contractors and building material suppliers are likely to be the major beneficiaries from the introduction of underground city, people’s park, 10,000 affordable homes and other developments under the Bandar Malaysia project (Zainul, 2019).

The worst scenario of the construction sector seems over, but it is not expected that the sector would back to where it was during the period before General Election 14. The industry is foreseen remain challenging in short term due to narrowed normalized construction margin, which would be caused by fierier market competition and tightened government budget (Ho, 2019).